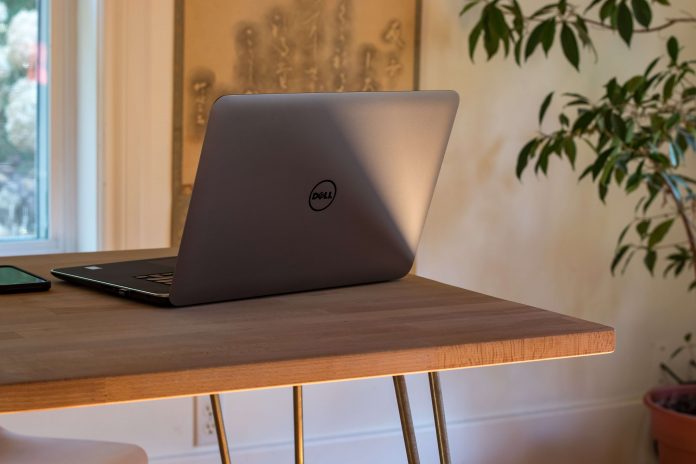 Wireless charging isn’t relatively new—several charger manufacturers have offered this feature for years. Samsung (and some Chinese mobile brands) can even charge another phone, smartwatch, or buds through its Wireless PowerShare feature. But laptops that can wirelessly charge your mobile? That’s an altogether different story. A new patent by Dell hints the company could introduce new laptops with inbuilt wireless chargers to charge your mobiles and other compatible devices.

The idea seems effective as most laptops have tons of flat, unoccupied areas on their keyboard deck. Dell’s patent suggests using this space to charge a wireless gadget like a phone.

The patent application number 20220239124, as disclosed by Ars Technica, doesn’t suggest installing wireless charging rings directly into the laptop itself. Instead, the wireless rings would be organized into a “sleeve” of some kind, gliding over the outside of the laptop. A small power connector (similar to the magnetic connectors used by Apple’s older MacBooks) would power the sleeve, which would power the mobile or other compatible wireless devices.

The notion definitely appears fascinating enough, though a few queries come to mind: First, how much watt will the sleeve be able to provide? Will consumers accept the idea of a smartphone hanging over the laptop’s side, where it could easily slide off? Finally, how comfortable would it be to type on a laptop with a smartphone crouched underneath your palms? The idea is easier to grasp if a user were to use a detached mouse and keyboard, repositioning the laptop as a smart display—but again, most laptop stands are tilted downward, where the smartphone would slide off.

That’s not to say Dell couldn’t overcome those troubles, though the patent application doesn’t reveal how that would occur. Remember, a patent application isn’t a presentation that the patent will be awarded, nor is it a sign that Dell will surely bring this idea to the mainstream market. But the question it asks is intriguing: Can we do something unique to make the big slab of an open palm-rest area more functional for use on laptops?

Amar Pawar - September 5, 2020 0
The Tech Ghiant Google has decided that most of its 200,000 employees and contractors should work from home through next June, a critical evaluation...

What Happens Next in the Musk-Twitter Saga?