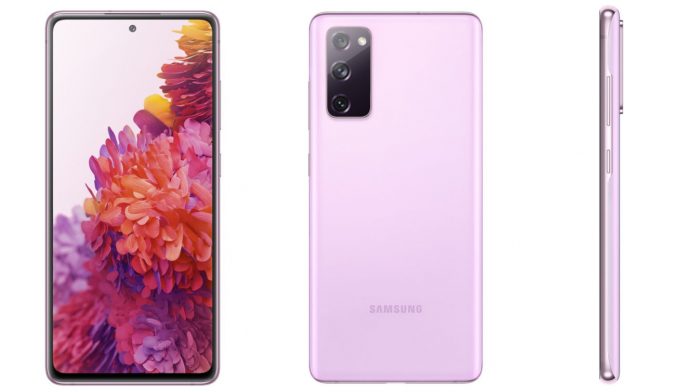 Samsung is yet to announce the Galaxy S20 FE formally, but its Filipinines based sub-division accidentally revealed it in its full glory. Nevertheless, the reliable Evan Blass seized the slip-up, basically validating that a full-on launch is approaching. The listing, which has now been taken down, revealed the S20 FE in two colors and 128 GB of storage space. Additionally, it confirmed that the phone would come with dual-SIM connectivity.

Initially, Tipster Evan Blass located the Samsung Galaxy S20 FE product page on the Samsung Philippines site. The link now gets redirected to the main page. However, when we searched for the phone manually, we saw that the old listing appeared in search results, but clicking the link redirected us back to the home page.

From the images displayed on the site, it is clear that the device has a hole-punch flat display with no curved edges and a triple camera module at the rear. The phone was listed on the Samsung Philippines site in Cloud Navy and Cloud Lavendar color variants. This accidental product listing seems to confirm that Snapdragon 865-powered device will arrive in only a 128GB storage variant, most likely coupled with six gigs of RAM.

Other key specifications are not confirmed yet. However, it is expected to have a 120Hz display reportedly measuring 6.5 inches in diagonal and the massive 4,500mAh battery with 15W fast charging support, 12MP + 12MP + 8MP triple rear-facing camera setup, and a solo 32MP selfie shooter. The device may be IP68 certified for water and dust resistance.

Overall, the Galaxy S20 Fan Edition looks a lot like the other members of the S20 family, and yes, we fully expect 5G connectivity to be a part of the FE package, at least in select global markets, including the US.

While the cost tag is not confirmed, for the time being, reports are pointing to either $700 or $800. Of course, both estimates could prove correct, considering the tags will be assigned to the 4G LTE and 5G-capable Galaxy S20 FE models, respectively.

Given that the “standard” Galaxy S20 5G and Note 20 5G are priced at $1,000, we’d be actually surprised if Samsung ended up going 300 bucks lower than that for the S20 FE 5G. After all, this device is widely anticipated to sport a higher refresh rate display than the slightly larger Note 20 while incredibly packing a bigger battery into a reasonably compact body.

Alas, there’s no official report on the release date just yet, but inside sources tell us you’ll be able to buy the Galaxy S20 FE worldwide in few weeks.

Amar Pawar - August 29, 2020 0
Mark Zuckerberg may have worked a private meeting with President Donald Trump to push for the US to strike TikTok, writes the Wall...